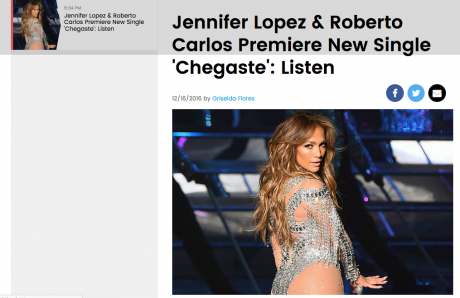 Jennifer Lopez is singing in Portuguese for the first time in her new song with Roberto Carlos, titled “Chegaste.”

The pair dropped the single Friday (Dec. 16) on digital platforms. “Honored & excited to have worked with such a living legend like Roberto Carlos,” the singer tweeted.